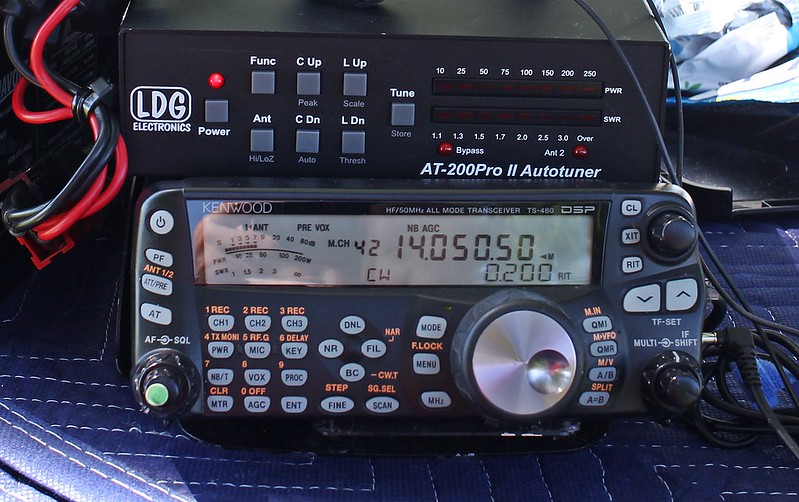 *Please note that this post may have affiliate links. By clicking on them, we may get a small commission on any sale.

What is Radio Squelch?

While it is a common term in the radio communication industry, few radio operators exactly know what it is and how it works. Well, in this article, we will be taking a more in-depth look at what squelch is and everything else surrounding it. So, what is radio squelch? In simple terms, squelch is the process of muting a channel when there’s no activity on it.

Typically, when you’re on a channel with no signal on it, there is always this constant hiss of white noise, which is very annoying. This is where a squelch circuit comes in. This function suppresses, mutes, or reduces this noise and only turns the speaker back on when there is a strong incoming signal.

Most experts refer to squelch as a “noise gate” because signals basically” open” it to come through your speaker as audio. There are several ways in which your receiver can open the squelch radio and pass audio. The basic and simplest way to do so is called carrier squelch or noise squelch, which is normally abbreviated on your radio as CSQ.

Carrier squelch operates strictly on signal strength. So, for a signal to be heard, it has to be strong enough to open the “noise gate” and pass audio. In some two-way radios like GMRS and FRS radios, the squelch is always preset. In radios designed for commercial activities, squelch can be set via programming, while in CB radios, there is a squelch control or a series of buttons that allow you to adjust the threshold and open the squelch manually to pass audio.

So, in simple terms, carrier squelch is the unfiltered way of breaking or opening squelch.

Radios used to operate using carrier squelch system, until it was realized that there were more radio operators than there were frequencies to operate on. This led to the development of a more sophisticated squelch system called tone squelch or selective calling.

Unlike carrier squelch that acts like a gate with no lock, allowing any strong signal to pass audio, tone squelch acts like a gate with a lock, allowing signals with the correct selective calling code to turn on the audio. Tone squelch has been known to solve a lot of interference issues during transmission, enabling radio operators to have clear and smooth communication.

In some situations, selective calling can also be used to hide the presence of interfering signals like receiver-produced intermodulation. There are four tone squelch systems commonly used in radios. Let’s take a closer look at each of them.

Developed in the 1950s, the Continuous Tone-Coded Squelch System (CTCSS) is one of the four tone squelch systems that reduces the interference of listening to other radio users on a shared two-way radio transmission channel. This system does so by continuously adding any one of approximately 50 low-pitch audio tones on the transmitted signal ranging between 67 and 254Hz.

Before, there were 10 tones, but they have been expanded over the years. So, when one more than one user is on the same radio frequency, the CTCSS automatically mutes those operators who are using a different CTCSS tone or no CTCSS tone at all. It unmutes a transmitted signal only when it is has with it the correct low-pitch audio tone. The CTCSS tones are standardized by the Electronic Industrics Alliance (EIA).

Can I be able to hear these tones? You may ask. Well, you cannot hear tones since since the communication grade speakers filter them out from the signals before passing them to the speakers or headphones. CTCSS has different names in various radio brands. Among them include: Private Line Tone(PL), Tone squelch, Channel Guard(CG), Quite Channel (QC), to mention a few.

So, if you see any of these names on the specifications of the radio you are about to purchase,  just remember that it is still a CTCSS squelch system.

SelCall also known as selective calling and “tone burst” is a type of squelch radio that enables radio operators ignore radio traffic that is not meant for them. It consists of a brief burst of five sequential audio tones transmitted at the beginning of every transmission. These tones are always predefined allowing both the receiver and transmitter know both its frequencies and tone periods in advance.

So, if a receiver recognizes the code or burst, it will then unmute, allowing the transmission to be heard. If it’s not recognized, then the receiver will ignore it and remain muted. Like the CTCSS, only a single five-tone selcall sequence is used in a group of radios. SelCall is commonly used in European, Asian, Australian, and New Zealand radio communication systems.

Also known as Continuous Digital Coded Squelch System (CDCSS), the DCS is considered to be the digital form of CTCSS. Like the CTCSS, it also adds a code into the transmitted voice. The code is a  three-digit octal number that is encoded in a 23-bit Golay code that is transmitted as continuous frequency shift key data (FSK) at about 134 bits per second (bps). The code word consists of 12 data bits followed by 11 check bits, and is transmitted in the order of Least Significant Bit(LSB) to the Most Significant Bit (MSB), meaning that it is always backwards.

There are 512 possible DCS codes, which is quite a lot compared to the available CTCSS tones or codes. However, since different DCS codes can result in the same 23-bit alignment or pattern, about 100 codes are used to prevent duplication. Radios with Digital Coded Squelch System are normally compatible, provided that the radio’s encoder-decoder uses the same code as the other one.

Like the CTCSS and SelCall, only a single DCS code is used in a group of radios. DCS also has different names depending on the various radio brands out in the market. Among them include Digital Private Line Tone (DPL) which is trademarked by Motorola, Digital Channel Guard (DCG), Digital Tone Code Squelch (DTCS), to mention a few. DCS tones are standardized by the Telecommunication Industry Association.

As mentioned earlier, DCS squelch radio is a digital version of the CTCSS. So, what are the differences between these two?

A combination of both CTCSS and in-band signalling, XTCSS is the latest signalling technique that is developed to enable radio users enjoy more privacy and flexibility of operation. XTCSS user squelch provides 99 codes with an added advantage of “silent operation”.

Normally, experts recommend setting the squelch level just above the level of the background noise or at the level where the desired signal is becoming too noisy. However, deciding on whether to set the squelch radio high or low mainly depends on personal preferences. So, if you are trying to monitor weak signals, it is best to set the squelch at a lower level so that the signals can be received.

We all know too well the benefits of a squelch radio but to make the most out them, you have to know how to properly adjust the squelch level. Well, here are simple steps on how to adjust your squelch.

Begin by turning both the volume and squelch to the lowest level. Its important to remember to always turn the volume down first. This is because if you turn the squelch level down first, you will hear static which is quite annoying. Also, by not turning down the volume first, the static could damage the speaker or your hearing, especially if the volume was too high.

With the squelch level down, your radio speaker will project any sound it receives, that includes any transmission if there’s any, or just background noise. Now steadily increase the volume. By slowly increasing the volume, you will be able to properly set it at a level that is comfortable enough to listen to.

Now that you have increased the volume to your preferred level, go ahead and increase the squelch level. Turn it up until the point where the static only disappears. As we mentioned earlier, the higher the squelch level, the stronger the signal has to be to be able to unmute the receiver.

So, at this point your radio will be ignoring any signals that are below the squelch level. Experts recommend turning the squelch level up and down severally to ensure that you get your desired signal.

In step two, you were adjusting the volume to a level where the static or background noise is not too uncomfortable to listen to. Since you have adjusted the squelch level to a point where you can receive your desired signal, you can now go ahead and adjust the volume level where you can hear every transmission loud and clear.

Tone key squelch, also called tone-code squelch helps the receiver to identify your desired signal using a supra- or sub-audible tone, that is generated in the transmitter and sent together with the normal audio signal.

It still works on the principle” the higher the squelch level, the more strength the signal will need to trigger the scanner to receiving it.” This means that it operates on mainly on the squelch level. So, if the level too low, then any signal can unmute the scanner. And if it is too high, it will automatically block all the signals, except for ones that are strong enough to unmute it.

Although most radio operators underestimate it, squelch radio plays a major role in not only ensuring that you have clear and smooth communication, but also have the privacy you need during transmissions. Like we mentioned before, to make the most out its advantages, always make sure that you properly adjust your squelch.

Outdoorsder.com is a participant in the Amazon Services LLC Associates Program, an affiliate advertising program designed to provide a means for sites to earn advertising fees by advertising and linking to Amazon.com